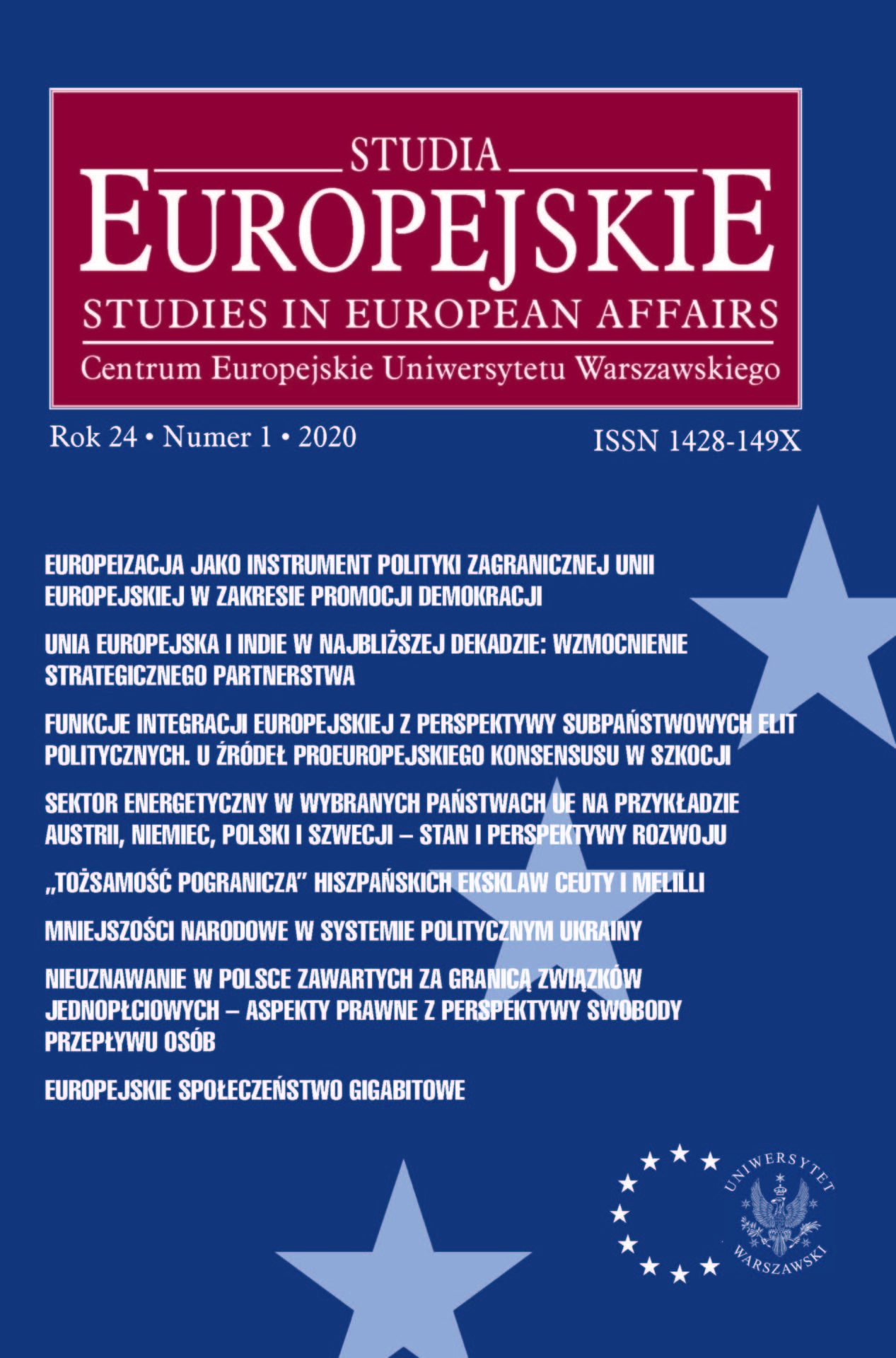 Articles published in the journal are under a Creative Commons Attribution – Non Commercial – No Derivatives 4.0 International License

The European Union (EU) has found itself at the crossroads. Several overlapping and multifarious factors, including the consequences of rejection of the Treaty establishing a Constitution for Europe by citizens of France and Netherlands (2005), the consequences of global economic crisis combined with undermining of the neoliberal Washington Consensus course (2008-2010),  external security crisis which followed the forceful annexation of the Crimea by Russian Federation and destabilization of the Middle East by the so called ISIS (Islamic State) forces (2014), the great migration wave towards the EU in 2015, the Brexit referendum in UK in 2016 and finally unorthodox administration of Donald Trump since early 2017, together has brought about a kind of revolutionary moment for the EU and its role in global affairs. Due to this multiple reasons, followed by some other global factors, like for instance the new – and constantly growing – role of China and the Emerging Markets, or US – China trade war recently, the position of the EU on global arena in current years is undergoing a very dynamic, if not dramatic change. On the one hand there is a growing necessity of the EU Member States to be united, if they do not want to be irrelevant in a new emerging global order. On the other hand there is growing consciousness in the elites that it is a high time to adapt the whole integration process to those new challenges and realities.

How to respond to so many problems we are facing now? – it is the question we try to put in a new issue of our Journal to be focused on the topic of „The EU on the Global Arena”. Where are we now and what we want to achieve? How to behave in the era of Power Politics again, which under the pressure of the US Trump administration had replaced former agenda with the system of (liberal) values as its core? Howe to save our supranational (at least in intent) project under the pressure of bilateral deals dictated now form Washington DC, still the main power center on the Globe?

We have so many unresolved, important and new topics on the agenda, the Editors of the journal invite incisive and conceptually-sound papers that address, but are not limited to, the following topics and issues:

Prospective authors are requested to submit their papers to the Editors at wydawnictwoce@nulluw.edu.pl