Why should you choose to study at CE? 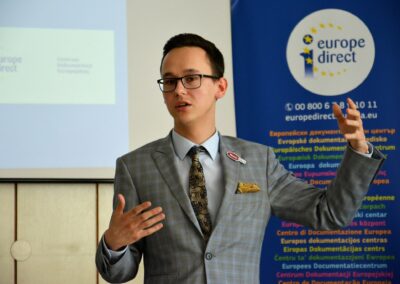 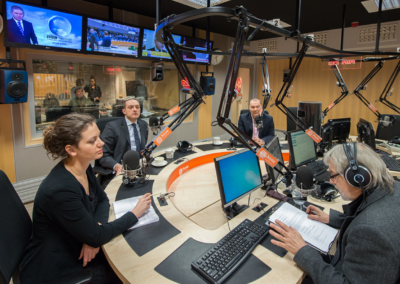 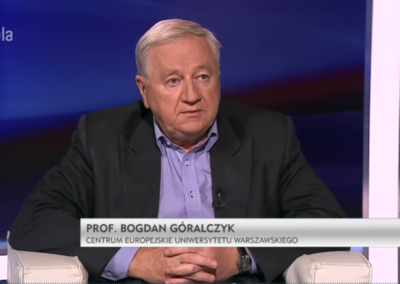 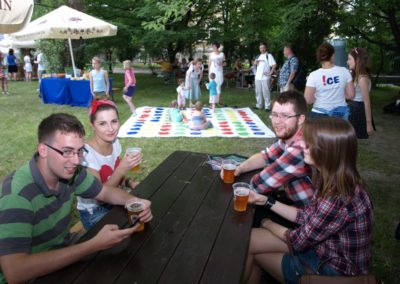 European Studies are by definition interdisciplinary and provide knowledge about Europe in the fields of political science, international relations, law, economics, and cultural and social issues. On one hand, our studies deal with issues of European integration, i.e. the practical aspects of the functioning of European Union. On the other hand, we are dealing with other, broader issues, such as Europe’s influence on the most important phenomena and processes taking place in the modern world. We are therefore interested in issues such as European migration, separatism, conflicts and security problems in the context of globalisation. What are Europe’s political, economic, social and cultural relations with other world powers – the USA, Russia, China and India – like? What is the role of Europe in Africa, Latin America or Asia? These are just some examples of problems that are being analysed in our classes.

The courses at the Centre for Europe are taught by university teachers with an interdisciplinary approach to the issues presented, many of whom have additional professional experience from their roles as former diplomats or as central administrative staff and all of them are outstanding experts in their fields. We often host well-known scientists from Poland and abroad as lecturers, and we also invite our graduates who have achieved professional success, for example as officials of the EU institutions.

We are among the top institutions of the University of Warsaw, which have the best developed offer of foreign scholarships. Thanks to the agreements signed with more than 30 prestigious European universities, every year a large group of our students spend a semester at one of them as part of the Erasmus Plus programme or other exchange programmes. We also offer a wide range of apprenticeships.

Foreigners may study in Poland on the basis of the rules applicable to polish citizens or on a fee-paying basis. More information can be found here.

The reasons to start your studies at the Centre for Europe

The Centre for Europe (CE) of the University of Warsaw offers courses in European Studies. We have been dealing with Europe and European integration since 1991 and since then building on our expertise. Finally, after joining the EU, in 2004 we initiated our European studies. As a result, we are now the leading institution in the field of European Studies in Poland. So, studying at the Centre for Europe is a great choice!

In terms of our study programme we are consistently interdisciplinary. The Centre for Europe offers its students a unique combination of different research areas, allowing them to develop their skills and knowledge in a comprehensive way. Our didactic and scientific activities cover a wide range of issues of interest to many different sciences such as: political science, history, law, economics, international relations, sociology, cultural studies, anthropology and computer science. This interdisciplinary programme is carried out by our team of CE employees, among whom you can find specialists in all of these diverse fields who work closely with other research institutions at the University of Warsaw, in Poland and abroad. The interdisciplinarity of our approach to European studies permeates the whole curriculum: from the first year to the time the students select their specialisations and seminars.

Our constant cooperation with Asian universities (e.g. from India: Manipal University, the University of Calcutta and Xiamen University of China), as well as one American university (Rutgers University) are important influences on the Centre for Europe’s approach to education. Cooperation with our non-European partners allows us to look at Europe from a different perspective. It emphasises the broader perspective explored as part of the programme at the Centre for Europe, which reaches beyond the strict framework of the EU and Europe. This is particularly important in the context of current processes on the global stage and the difficulties in integration processes, such as crises within the European Union. We teach to look at Europe from different angles and in different cultural contexts and we explain how to understand Europe from within the Union, from our Eastern and Southern neighbours, and from an Atlantic, Asian and African perspectives, all of which are very different, but also essential to the understanding of Europe’s place in the world and the processes within it.

The courses at the Centre for Europe are run by a team of experienced academic staff who for years have worked together on the development of the curriculum. The coherence of the programme proves that this cooperation is fruitful and that the Centre for Europe manages to maintain a balance between its key scientific areas and disciplines. Many of the scientific and didactic staff, apart from their considerable academic achievements, have practical experience in the state administration, gained at diplomatic posts, in international and non-governmental organisations. On top of this their research results are fully utilised in the didactic process. This ensures that students are introduced to scientific work both in terms of content and methodology. Apart from full-time academic teachers also external experts are invited to collaborate. All of them boast significant academic achievements and have considerable teaching experience.

4) Rich offer of scholarships available through the Erasmus Programme

For many years our students had to amass 120 hours of work experience for their undergraduate degree. Since the 2018/2019 academic year, we have decided to replace this requirement with a course called: ‘Participation in economic and social life’. This will allow our students to continue to apply for the internships of their choice, e.g. in government or local government administration, in private companies or non-governmental organisations. But they will also be able to engage in less formal projects, which will grant them valuable experience useful in their future professional work. Students in their first year of studies will kick off this course by attending obligatory training workshops at the Career Office of the University of Warsaw.

6) Unique Publishing Programme of the UW Centre for Europe

7) Numerous conferences, seminars and international workshops organized by the Centre for Europe for our students

8) We are responding to current developments in Europe and the world.

We closely follow current events and try to react to them, also in terms of the programme. For example we have a lecture on the EU after Brexit by Professor B. Góralczyk, or on new social and national movements in the EU by Dr. M. Rakus-Suszczewski. An example of this is also the series of monthly public debates “European Wednesdays on Ksawerów Street”, initiated in October 2016, enabling everyone to take part in the discussion on the most important issues of contemporary Europe.

9) Media presence - from television through the radio to social media

W CE research staff can regularly be seen on TV and heard on radio programmes. In addition, their articles are published in the largest Polish and foreign newspapers and web portals. They explain the complexities of the modern world and the EU in a simple and clear way. At the same time, they display the main advantages of our institution: multidisciplinary, quick reaction to current events and interest in many research areas.

10) You will join the unique CE community and experience an unforgettable student adventure!

During your studies you will take part in trips and events organized by students for students. CE has an active Student Council whose task is not only to help students with their problems, but also to ensure that the student community is well integrated. The tradition of organizing cultural events goes back quite a few years. This year we will invite you to the next Integration Camp in Sielpia Wielka (watch the videos of the previous camps). Such organized events make it a pleasure to study at CE. You will always find people to talk to, borrow notes from or go out with after classes.

The programme of European Studies at the Centre for Europe was developed on the basis of Western European experience, which proves that a unilateral (i.e. exclusively political) approach to the problems of Europe as a whole and of the European Union as a whole do not allow us to understand them or – even less – to solve them. European integration is a complex process: political, social, economic, legal and cultural. Regardless of the type of problems we tackle in today’s Europe, they need to be addressed in a broader context.

The interdisciplinary nature of studies at the Centre for Europe

The curriculum integrates multiple partial perspectives into one image and it is what distinguishes the Centre for Europe. Our model of the teaching programme is based on the best Western European practices, including that of the long-term partner of the Centre for Europe, the University of Maastricht.

The curriculum of the studies consists of two blocks:

Lectures and thematic seminars are accompanied by exercises and seminars, during which students acquire skills necessary for their future professional work. They can also develop their knowledge and experience by taking part in scholarships abroad (under the Erasmus+ programme), which are harmonised with the course of their studies.

The original combination of interdisciplinary subjects in political science, international relations, law, economics, sociology and cultural studies provides a solid foundation for our graduates to find an attractive job. This is possible thanks to their in-depth knowledge of the various mechanisms of the European Union’s functioning, combined with their broad knowledge of Europe as a specific sphere of civilization.

We, for our part, make every effort to make these skills as thorough as possible by providing a solid academic foundation. At the same time, however, we make sure that our students acquire practical skills (e.g. in terms of presentation, writing at the academic level) and are familiar with the complex issues of the contemporary times, which we follow, research and interpret on an ongoing basis.

Second degree European Studies are devoted to an in-depth analysis of selected problems within Europe and its relations with other parts of the world. The interdisciplinary nature of the studies allows for a better understanding of the complex problems of our continent. During their studies, students acquire the skills of critical analysis, interpretation and evaluation of economic and social phenomena on different scales, both Polish and European.

European Studies provide knowledge about the broadly understood Europe in the areas of political science, international relations, law, economics, as well as cultural and social issues. On one hand, our studies deal with issues of European integration, i.e. the functioning of the European Union in its various dimensions. On the other hand, however, we are dealing with many other, broader issues, such as Europe’s diverse influence on the most important phenomena and processes taking place in the modern world. We are therefore interested in issues such as European migration, separatism, conflicts and the problems of security and globalization. What are Europe’s political, economic, social and cultural relations with other world players – the USA, Russia, China and India – like? What is its role in Africa, Latin America or Asia? These are just a few examples of the problems that are being analysed in our classes.

The curriculum includes a wide range of activities to choose from. We suggest that students choose one of the following educational paths:

Or construct an individual learning path